Hayden Christensen supports Samuel L. Jackson’s Star Wars theory that Jedi Master Mace Windu survived the events of Episode III – Revenge of the Sith. Christensen recently made his triumphant return to the role of Anakin Skywalker/Darth Vader in Obi-Wan Kenobi. Set 10 years after the fall of the Galactic Republic, the series follows Ewan McGregor’s Jedi Master as he tries to reconcile his past and present. Obi-Wan Kenobi draws many connections to the prequel trilogy and everything that was lost as a result of Anakin’s turn to the dark side.

Before Anakin pledges himself to the would-be Emperor in Revenge of the Sith, he reveals to Windu that Supreme Chancellor Palpatine is the Sith Lord Darth Sidious. Windu then confronts Palpatine and decides to execute him, as “he’s too dangerous to be kept alive.” Since execution is not the Jedi way (and he “needs him”), Anakin protects the Chancellor by severing Windu’s hand before the Sith Lord thrusts the him out a high-rise window with Force Lightning. Since Windu has never been seen again, it was presumed that the Jedi Master fell to his death.

However, Jackson himself has long insisted his character is alive, because Jedi survive falls all the time, and that Mace Windu could return. Now, in an interview with MTV News, McGregor and Christensen promote the Obi-Wan Kenobi finale and talk about everything Star Wars. When asked about Jackson’s belief that Windu is still alive, Christensen backs his former co-star. Read what he had to say below:

If Sam Jackson wants it to be true, I wouldn’t want to disagree with that.

The press tour for Obi-Wan Kenobi has been a long one, and this wasn’t the first time the stars were asked about the Windu theory. McGregor believes Windu is dead, noting that it’d be pretty difficult to survive that fall on Coruscant. But under the pretense that anything is possible in the galaxy far, far away, if anyone could survive, it’d be one of the most powerful (and popular) Jedi who ever lived.

Jackson has said he’d be open to reprising the role of Mace Windu, admitting he would even learn how to use a lightsaber left-handed. After selling Lucasfilm to Disney in 2012, George Lucas also supported Jackson’s prospective return to the universe, which is something fans very much want to see. Other characters who were presumed dead have been resurrected on screens big and small. For example, Boba Fett appeared in The Mandalorian and The Book of Boba Fett, Darth Maul was brought back in Star Wars: The Clone Wars, and Palpatine was resurrected in Star Wars: The Rise of Skywalker. With the support of Star Wars director Bryce Dallas Howard, there will be plenty of opportunities to see Windu aid the Rebellion or catch up with Ahsoka on Disney+. 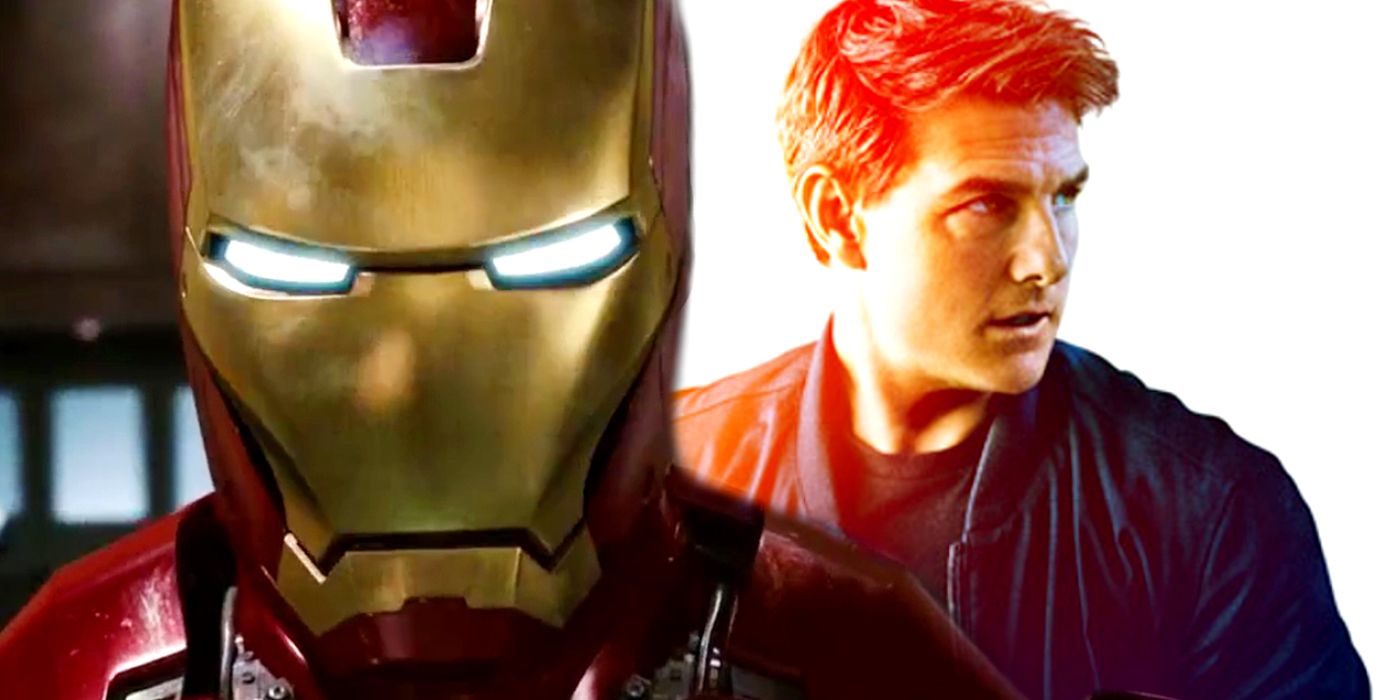 A new piece of AI-generated art imagines Tom Cruise as Iron Man in the MCU’s Illuminati, fulfilling the fan rumors that never came to pass.

A new piece of AI-generated art images Tom Cruise as Iron Man, the MCU Illuminati member that never came to pass. For many fans, it’s hard to imagine anyone other than Robert Downey Jr. as Tony Stark/ Iron Man. The actor first played the role in 2008’s Iron Man, a film that essentially kick-started the MCU as it exists today. Downey Jr. would go on to appear in two additional solo films and a host of Avengers team-up movies, ultimately saying goodbye to the role and the MCU in Avengers: Endgame, sacrificing himself to defeat Thanos (Josh Brolin).

Now that Downey Jr.’s Iron Man is absent from the MCU, many fans are wondering who will be next to take up the mantle. After the introduction of the multiverse in Loki and its further expansion in Spider-Man: No Way Home, rumors swirled before the release of Doctor Strange in the Multiverse of Madness regarding what characters might be making appearances. Among those highly rumored to be in the film was Cruise as Iron Man, a multiversal variant of the character who would have been part of the Illuminati. While fans were treated to John Krasinski as Reed Richards and the return of Patrick Stewart as Professor X in Doctor Strange in the Multiverse of Madness, Cruise was notably absent from the ensemble.

Related: Was Tom Cruise’s Iron Man Ever Going To Be In Doctor Strange 2?

In a new piece of art generated using Craiyon, an AI image creation tool, fans can see a rough approximation of what Cruise would have looked like as Iron Man. The images in the grid see Cruise donning the early versions of the Downey Jr. Iron Man suit, but also depict the actor more casually as Tony Stark in a suit and tie. Check out the AI-generated image below:

While the veracity of claims regarding whether Cruise was ever actually in talks to appear as Iron Man is questionable at best, the art does provide a surprisingly interesting rendition of what the Top Gun: Maverick star would have looked like in Downey Jr.’s shoes. As with most other AI-generated art, the facial structure leaves much to be desired, but, nevertheless, it’s easy to see why so many fans wanted Cruise to appear as Iron Man. It’s also notable that the images depict Cruise in what appears to be the Mark III or Mark IV armor, both relatively early iterations of the suit, instead of the nano-tech suit Stark wore in later films.

Doctor Strange in the Multiverse of Madness ultimately delivered a handful of fun cameos, but some fans were evidently disappointed that Cruise’s Iron Man was not among them. With the multiverse now allowing for more creative one-off cameos than ever before, it’s still possible that the actor could appear as the character down the line, but considering Cruise’s commitments to the Mission: Impossible franchise, it’s unlikely to happen anytime soon. For now, it looks like AI art generators are the closest viewers will get to actually seeing Cruise as Iron Man.

Some folks are still understandably perplexed that Rob Zombie, of all people, is leading the family-friendly reboot of The Munsters. But the House of 1000 Corpses director has vowed to remain true to the original ‘60s sitcom — so much so that Zombie has been devoted to bridging back several memorable characters from the show’s OG run.

As production has progressed over the last few months, Zombie has religiously shared photos to his official Instagram showcasing the ins and outs of the authentic set and true-to-origin cast of characters. Zombie has continued this tradition where, earlier today, he revealed that the ominous character Tin Can Man will be returning for the Universal movie. “I am thrilled to have another original Munster in my new film. Get ready for some robot fun,” Zombie wrote in his post.

Munsters fans will be pleased to know that Tin Can Man will be portrayed by Butch Patrick — the actor who originally played Eddie Munster in the classic sitcom. Patrick joins a star-studded lineup consisting of Sheri Moon Zombie, Jeff Daniel Phillips, Daniel Roebuck, Richard Brake, Sylvester McCoy, and Jorge Garcia.

Zombie has also previously announced that Cassandra Peterson will make her much-anticipated return as Elvira, Mistress of the Dark, and Pat Priest will return as Marilyn Munster. And with the upcoming movie receiving a jaw-dropping PG rating, Zombie aims to pay homage to the original sitcom by utilizing similar decorations and, apparently, a plethora of familiar faces.

The Munsters will release simultaneously in theaters and on Peacock sometime later this year. 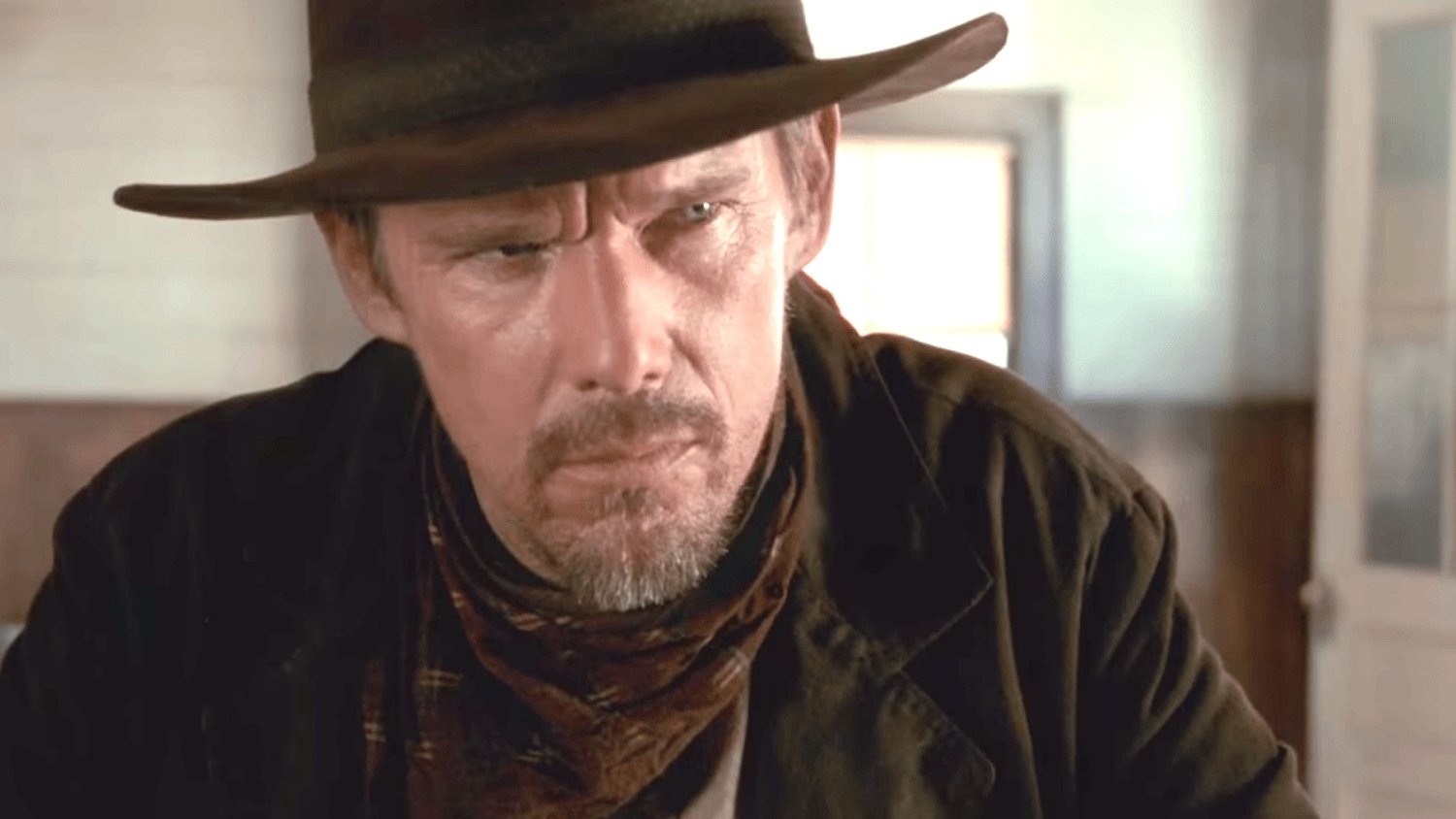 Oscar-nominee Ethan Hawke (Training Day, Moon Knight) is set to star opposite Pedro Pascal (The Mandalorian) in the western short film Strange Way of Life from director Pedro Almodóvar (Talk to Her, The Skin I Live In). The half-hour long pic is also known as Extraña forma de vida. The Spanish director will shoot the short before making his English-language feature debut, A Manual for Cleaning Women, with Cate Blanchett.

Strange Way of Life will be “another exercise of freedom in the line of The Human Voice,” said producer Agustín Almodóvar. The short will be shot in English. Set up at El Deseo, the Almodóvar brothers’ Madrid-based production company, the story begins with “a man, Silva, riding on a horse across a desert to Bitter Creek. He has come to visit Sheriff Jake. 25 years earlier, the two men worked together as hired gunmen.”

“Silva comes with the pretext of re-encountering his friend from youth. They celebrate their re-encounter. But the following morning Sheriff Jake tells him that the real reason for his visit isn’t memories of their old friendship….”

Pedro Almodóvar said of the project, “I won’t say any more because I don’t want to reveal all the script’s surprises.” The film’s title, he explained, echoes the title of a famous fado written and sung by Amalia Rodrigues. Its lyrics claim that there’s no stranger existence than one that ignores one’s own desires – which raises the question as to how much the film could turn on desire, rather than the normal motifs of a Western.

It will shoot in the desert of Tabernas in Almería, southern Spain, and also in the settlement which Sergio Leone built 50 years ago to shoot his spaghetti Western “Dollars” trilogy with Clint Eastwood. El Deseo is also building a ranch near Madrid to film further scenes in the film.