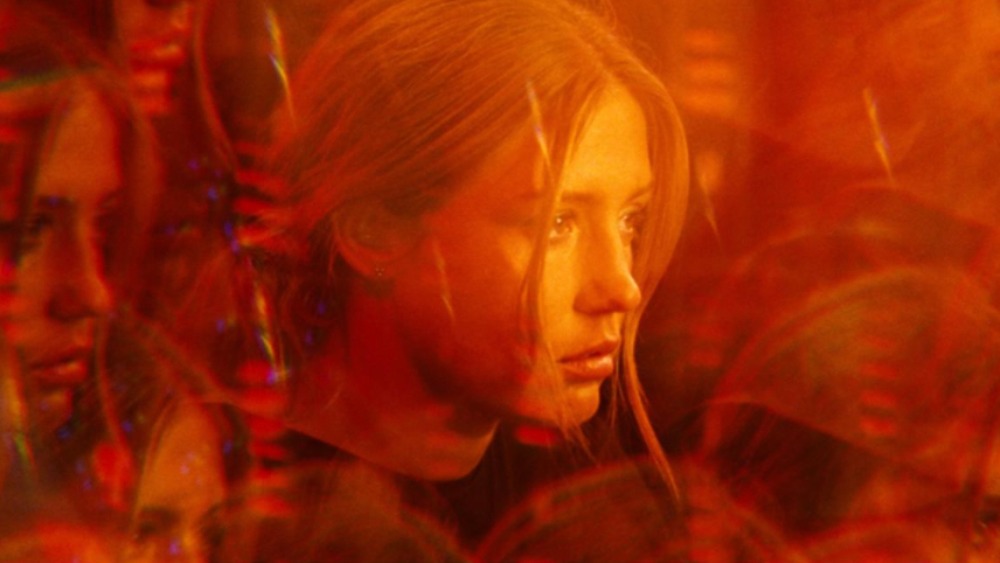 After two years of hybrid and online-only editions, the Neuchatel Intl. Fantastic Film Festival will fête its 21st year with a return to a fully on-site event, hosting four world premieres, and more than twice as many international premieres.

Running July 1-9, the Swiss event will world premiere the absurdist “Jaws”-in-France riff “The Year of the Shark,” the Thai creature feature “Leio,” and the Japanese Yakuza thriller “Bad City.” Titles like the Toho-produced Kaiju flick “Shin Ultraman,” “Something in the Dirt” from U.S. horror maestros Justin Benson and Aaron Moorhead, and Léa Mysius’ “The Five Devils” will mark their international berths at NIFFF – the latter as the festival’s opening film.

This blackjack edition will also mark the first year under the direction of Pierre-Yves Walder, a NIFFF veteran whose involvement with the lakefront festival dates back some time. After a stint in the press office, years as a programmer, and a seat on the selection committee, Walder has kept a foot in Neuchatel every year since 2008, witnessing NIFFF’s growth in size and international stature. Among the elements that Walder wants to foreground in his first go-round as artistic director are the festival’s strong cross-media and interdisciplinary bonafides.

“We try to showcase genre from every style and angle,” Walder tells Variety. “That means making connections between cinema, literature and contemporary art, while showcasing digital innovation in gaming and tech. Genre films have always been intrinsically tied to new distribution models, from home video to DVD to VR now and digital channels. We want to be ahead of the game in that respect.”

Alongside the 128 films playing across the festival’s Asian and International competitions, in the Third Kind showcase for artier fare, and in the Ultra Movies spotlight for midnight-movie thrills, this year’s vintage will feature conferences about interactive storytelling, practical and digital VFX and new technology, while the 14 films screening in Neuchatel’s international competition will play before a jury led by author Joyce Carol Oates.

“[Oates] embodies our interdisciplinary ideal,” says Walder. “She’s simply one of the greatest authors of her generation, directly confronting social subjects like abortion, feminism, and police violence in novels that remain above all psychological thrillers. She has a form of storytelling that plumbs the depths of the imaginary with a gothic and almost horror-like sensibility. She’s hard on her characters, going right into their heads. Her imagination interests us.”

Through his years with the festival, Walder has noticed a certain curatorial evolution as well, tied as much to shifting social mores as to a young public that renews itself with every passing year. “We cater to a young crowd with whom word of mouth works very well,” the director explains. “We bring in new people every year, and with them new generational perspectives.”

“I think there are certain titles we programmed 10 years ago that we wouldn’t program again,” Walder continues. “Or at least, not in the same way. Sensibilities have changed, and perhaps certain lower-rent titles are less interesting for the festival. Even in terms of submissions, we’ve passed from a view of the fantastic that was always vast and inclusive to something that has been refined over time.”

Indeed, this year’s competition boasts 14 features from just as many countries, including a number of film industries not immediately associated with genre fare.

Projects like “Ashkal” from Tunisian director Youssef Chebbi, the demonic possession drama “Zalava” from Iran’s Arsalan Amiri, and the “Huesera” from Mexican director Michelle Garza Cervera are but a handful of titles helping the international competition live up to the full promise of its title. The fact that all three will arrive in Neuchatel as part of longer victory laps (“Ashkal,” for instance, premiered last month in Cannes, while “Huesera” received raves in Tribeca and “Zalava” won the both the FIPRESCI and the Grand Prize out Venice’s Critics’ Week) reflects the more welcoming international path for genre titles that Neuchatel itself helped forge – at least on the festival circuit.

“These are extraordinary films that need to be seen,” says Walder. “Some are fragile titles that aren’t guaranteed distribution, both in Switzerland and in the countries of origin, so it’s our role to show them. These works of art deserve the spotlight, and if in the process, they can find a distributor, or screen for the industry, then that’s a real victory.”

In “Vesper” (pictured up top), a Lithuanian-French-Belgian sci-fi drama from directors Kristina Buozyte and Bruno Samper, the NIFFF director sees a culmination of his festival’s mission. The filmmakers’ previous effort, “Vanishing Waves,” played Neuchatel in 2012, winning the jury prize, for which Samper was on-hand to collect, and then spent a decade making sure their follow-up adhered to sky-high expectations.

“ ‘Vanishing Waves’ was among, if not the very first, Lithuanian genre films [to make a splash internationally,]” Walder explains. “So I was thrilled to welcome them back with a project that’s just as artistically compelling, only with a greater budget and a larger scale. It’s an example of ambitious filmmaking from outside the mainstream that is spectacular and visually breathtaking, while offering a kind of alternative proposition. It’s very NIFFF.”

The Sea Beast: Where You’ve Seen The Cast Surface‘s plot synopsis: “Set in high-end San Francisco, Surface, stars Gugu Mbatha-Raw who also executive produces, as Sophie, a woman who has suffered a traumatic head injury that has left her with extreme memory loss. As Sophie embarks on a quest to put the pieces of her life back together with the help of her husband and friends, she begins to question whether or not the truth she is told is in fact the truth she has lived. Through twists and turns and an unexpected love triangle, this sexy, elevated thriller asks: What if you woke up one day and didn’t know your own secrets?”

George Clooney And Julia Roberts’ Ticket To Paradise Trailer Proves Rom-Coms With A-Listers Are Back, Baby 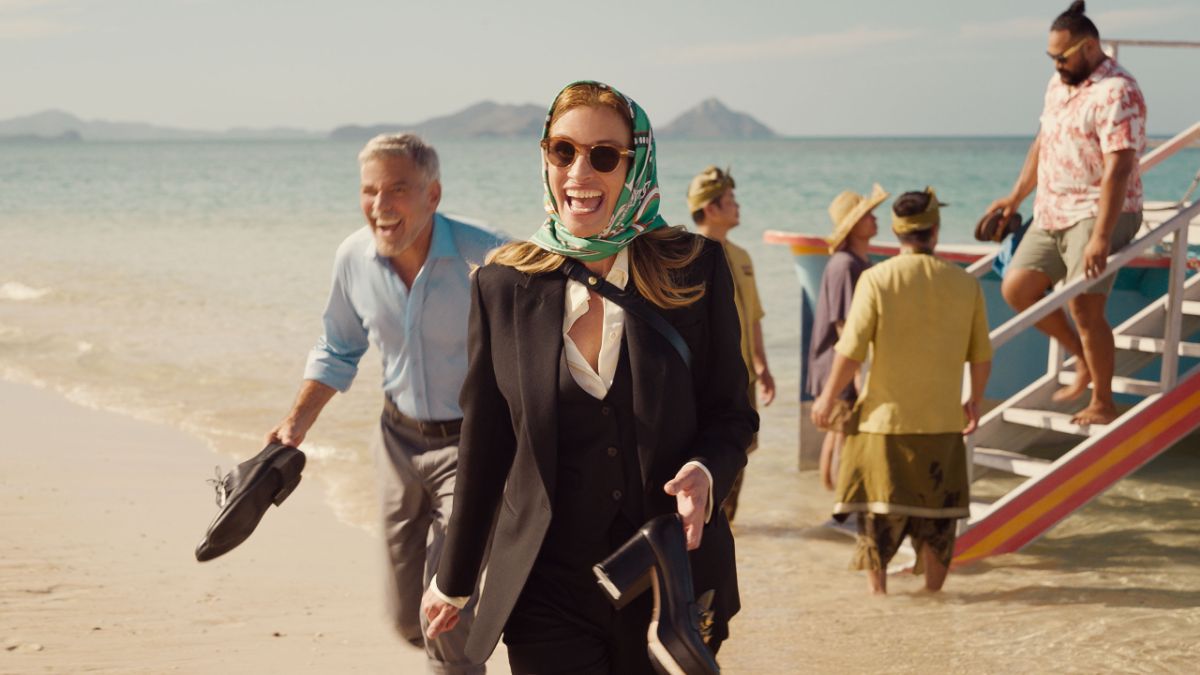 While George Clooney and Julia Roberts haven’t acted together since 2016’s thriller Money Monster, their performances as the divorced Danny and Tess in the cast of the  Ocean’s Eleven movies made them an iconic pair. Huge stars in their own right both before and after those films, putting them together is a formula that works like a charm. So leave it to Clooney and Roberts’ reunion in the upcoming movie Ticket to Paradise to prove that rom-coms with A-listers are back, baby!

Once again playing a divorced couple who love to stand firmly on the opposing side of matters, the characters of Clooney’s David and Roberts’ Georgia find the time and energy to unite in Ticket to Paradise’s big mission. As seen in the trailer recently released by Universal, that common cause is to make sure that their daughter (Last Man Standing’s Kaitlyn Dever) doesn’t make the same mistake of marrying young.

Based on the bickering their characters engage in, you can see why Ticket to Paradise’s central couple is doing what they’re doing. Of course, that’s where the pure rom-com hijinks start to kick in. As George Clooney and Julia Roberts trade barbs together just as well as they scheme, all sorts of craziness ensues. And, of course, there’s the potential for these two crazed parents to fall in love all over again. Which is totally a move that even the best rom-coms of all time have frequently borrowed.

If there’s one moment that Ticket to Paradise shows George Clooney and Julia Roberts’ re-teaming is absolute comfort viewing, it has to be the opening of the trailer. As David and Georgia react with mutual horror that they’re both on the same flight, the fast paced barbs and insults start to fly. The energy, and the cattiness, is reminiscent of one iconic scene from Ocean’s Eleven, which only proves that the Clooney/Roberts team is in its element:

George Clooney isn’t only reuniting with Julia Roberts on director/co-writer Ol Parker’s film, but Ticket to Paradise is also Clooney’s first rom-com in years. The same goes for his co-lead, as Roberts stopped making rom-coms because they didn’t have special something. Clearly there’s magic in the air, as both stars look to be enjoying themselves, which opens up audiences to the possibility that Ticket to Paradise might just give them those same blissful feelings.

You can buy your Ticket to Paradise, pack your bags, and leave for your local theater on October 21st. Should your heart be fluttering with the sight of a Clooney/Roberts rom-com in view, it’s highly recommended that you become an HBO Max subscriber. All three Ocean’s Trilogy films are available there at the time of this writing, and you can’t go wrong with those classics.

Famed radio shock-jock Howard Stern is apparently attached to an unspecified role in an unannounced “Doctor Doom” project at Marvel – one already in the works.

Speaking on his daily radio show on SiriusXM, it seemed Stern’s microphone was accidentally left on during a commercial break when he was asked about his Summer plans. He can be heard saying:

“I told you, I’m going to do ‘Doctor Doom’ with [***NAME GARBLED***]. That’s the thing. But believe me, I’m f—ing miserable about it… I called Robert Downey, Jr. and I was asking him acting techniques. “

The garbled name does sound kind of like ‘Favreau’, and immediately after what he said above, Stern can be heard asking “Do you have a number for John?”. Jon Favreau hasn’t been linked to any future Marvel projects at this time as he’s busy managing the “Star Wars” TV universe for the Disney+ service. That said, if anyone knows how to do a series/film with a lead character frequently in a mask – it’s him.

The reveal comes out of nowhere and doesn’t indicate what role Stern will have in the project whatever it is. “Fargo” creator Noah Hawley was working on the script for a “Doctor Doom” series a few years back but that was seemingly shelved when Disney acquired Fox.

Marvel is set to announce its future plans at San Diego Comic-Con in a few weeks which is expected to include several unannounced projects – has Stern just let one of those slip? We’ll likely find out then.

Just waking up in the morning, gotta thank God. So this is interesting. On the Howard Stern show today they ended the episode to go on summer break and had a hot mic on. Did Stern say he’s involved with a Doctor Doom project with Jon Favreau?

George Clooney And Julia Roberts’ Ticket To Paradise Trailer Proves Rom-Coms With A-Listers Are Back, Baby

Chris Pratt’s The Terminal List Has Screened For Critics, And Most Agree It’s Made For A Pretty Specific Kind Of Viewer