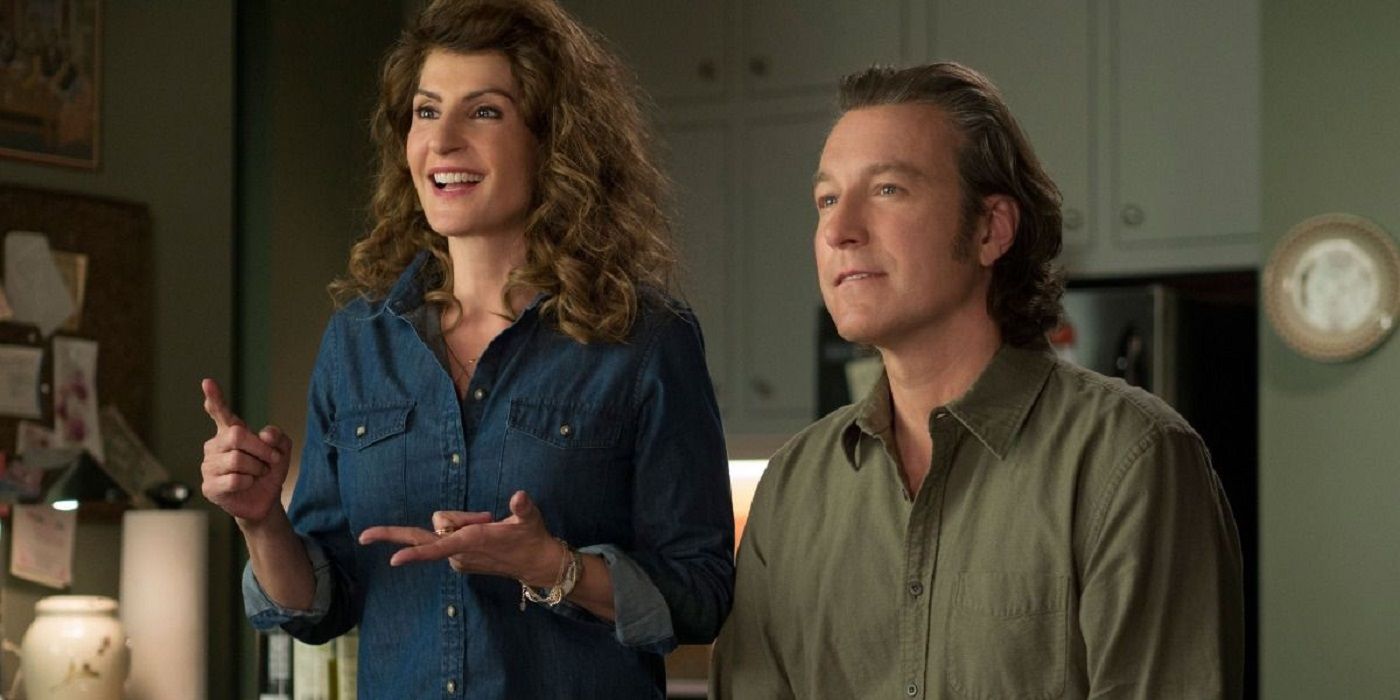 Vardalos uploaded a video announcement to Instagram with the caption “Thank you to Playtone, Gold Circle, HBO and Focus! And much love and gratitude to you all for your support as we waited to film. Greece baby. Greece! 🇬🇷 🎥 #Mybigfatgreekwedding3.” The Instagram video features Vardalos in her hotel room in Greece excitedly exclaiming that she’s currently getting ready to go film. She then shows the view from her window, saying that she is in Athens with the rest of the cast and crew. At the end of the 44-second video, Vardalos tells her audience she wants to teach them a Greek word. The Greek word was director, which ends up being her fun way of revealing she is directing the third Big Fat Greek Wedding movie.

The original My Big Fat Greek Wedding was a sleeper hit in 2002, grossing $368.7 million against a $5 million budget. The film told the story of a woman from a traditional Greek family who falls in love with a man who is non-Greek. John Corbett and Laine Kazan star opposite Vardalos.

Vardalos’ screenplay was nominated for Best Original Screenplay at the 2003 Academy Awards. A sequel, My Big Fat Greek Wedding 2, was released about 14 years later and was a modest success. A spin-off series, titled My Big Fat Greek Life, aired for one season on CBS in 2003, with Vardalos starring.

In addition to the Big Fat Greek Wedding franchise, Vardalos is known for starring in the films Connie and Carla, For a Good Time, Call…, and My Life in Ruins. Vardalos also recently appeared in an episode of the latest season of Love, Victor, and will next be seen in the upcoming action family film Ivy & Bean.

The plot of My Big Fat Greek Wedding 3 is currently under wraps, but it has been speculated that the film will follow Toula and Ian’s daughter getting ready to walk down the aisle. Vardalos will star, and it’s expected that Corbett will return as well. Not many other details are currently known about My Big Fat Greek Wedding 3, but stay tuned at Collider for more details. One of the most successful original series on Disney+ is close to premiering its third season. High School Musical: The Musical: The Series created and executive-produced by Tim Federle, is set to premiere on Wednesday, July 27th on Disney+. This season will see the crew travel to Camp Shallow Lake, a family-owned sleepaway camp in California, as the Wildcats and their fellow campers stage a high-stakes production of “Frozen” and determine who is “best in snow.” In addition to music from “Frozen,” season three will feature music from “Camp Rock” and the “High School Musical” franchise.

Disney+ today revealed the key art and trailer for the third season of the GLAAD Media and Kids Choice Award-winning series High School Musical: The Musical: The Series, which you can check out below. In addition, it was announced that Tony Award-winning actor Jesse Tyler Ferguson (“Modern Family”) and TIME Magazine’s “100 Most Influential People” JoJo Siwa have been cast in guest star roles.

Also Check Out: Hocus Pocus 2 Trailer Brings All The Spookiness To Disney+

The synopsis for season three of High School Musical: The Musical: The Series is set at Camp Shallow Lake, a sleepaway camp in California, as the Wildcats and their fellow campers are primed for an unforgettable summer ripe with romance, curfew-less nights and a taste of the great outdoors.  With a high-stakes production of “Frozen” on the horizon AND a drama-filled “docu-series” of the production in the works, the Wildcats will attempt to show who is “best in snow” without leaving anyone out in the cold.

Ferguson will play “Marvin,” an old family friend of Olivia Rodrigo’s character “Nini.” Fresh off of his first-ever Tony Award win for “Best Performance by a Featured Actor in a Play” in the revival of playwright Richard Greenberg’s “Take Me Out,” the actor, author, producer, and host is known not only for his work but for his ongoing advocacy in the LGBTQIA+ community. He starred as the widely beloved character “Mitchell Pritchett” on the award-winning “Modern Family,” for which he received five Emmy Award nominations for “Outstanding Supporting Actor in a Comedy Series” and four People’s Choice Award nominations for “Favorite Comedic TV Actor.”  Most recently, he produced the documentary “Broadway Rising,” which premiered this year at Tribeca and executive-produced and stars in Spotify original podcast, “Gay Pride & Prejudice.”  He also recently wrapped production on the thriller “Cocaine Bear,” directed by Elizabeth Banks. In March 2021, Ferguson and co-author Julie Tanous released his first cookbook, “Food Between Friends.” Ferguson recently served as an executive producer on David France’s Emmy Award nominated and BAFTA Award winning documentary, “Welcome to Chechnya.” In 2020, he hosted the reboot of “Extreme Makeover: Home Edition” as well as the prestigious James Beard Awards in 2017 and 2019.  In 2012, Ferguson and his husband Justin Mikita co-founded Pronoun, previously known as Tie The Knot, an organization that has proudly raised over 1.5 million dollars and has supported important and impactful LGBTQIA+ orgs across the nation. Siwa will play “Madison,” a Camp Shallow Lake alum. A global superstar, entrepreneur, singer, television and film star, New York Times bestselling author, and social media sensation, she has over 66 million followers on social media and over 3.7 billion views on YouTube. A consumer products powerhouse, she has sold more than 80 million of her famous bows to date. In November 2018, Siwa released her first EP, D.R.E.A.M. The Music, and in 2019 she performed her first-ever tour, selling out 100+ arenas. In 2019 she released a second EP, Celebrate and JoJo’s Rockin’ Christmas in 2020. Her wildly successful concert tour wrapped this year with 132 dates, and her latest single, “Boomerang” has been viewed over 950 million times and is RIAA certified multi-platinum. Siwa recently starred in ABC’s competition series “Dancing with the Stars,” where she made history as the first contestant to dance with a same sex partner. She serves as creative director and executive producer of the reality competition series “Siwa’s Dance Pop Revolution” on Peacock, and she stars in “The J Team,” a live-action musical on Paramount+, where she serves as Executive Producer and performs the film’s original soundtrack. She was recently announced as one of the judges for Season 17 of “So You Think You Can Dance.” In addition to Ferguson and Siwa the new cast breakdown is as follows:

Seasons one and two of the GLAAD Media Award-winning series are available to stream only on Disney+. The series was recently greenlit for a fourth season. 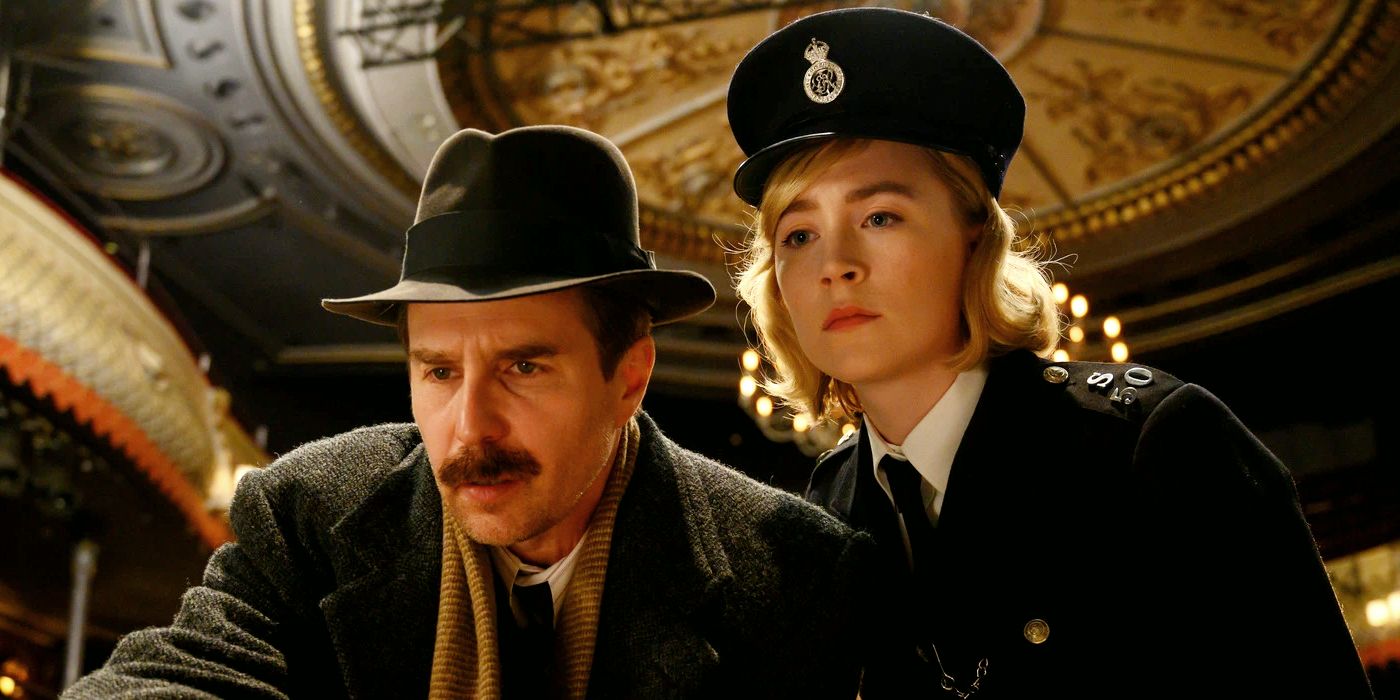 SCREENRANT VIDEO OF THE DAY
Advertisement

Now, Searchlight Pictures drops the See How They Run trailer, putting the spotlight on the comedic partnership between Rockwell and Ronan’s characters as they attempt to solve a string of murders. The trailer begins with the duo immediately thrown into the thick of the action and investigating the crime scene, where the body of Brody’s Leo Köpernick is found. Presented in a style reminiscent of director Wes Anderson’s work, the rest of the trailer unravels with a host of suspects and their potential involvement with the victim, as the lead officers go about their investigation in a clumsy albeit hilarious manner. Check out the full trailer below:

See How They Run marks frequent television director Tom George’s first feature film directorial venture. The movie will not be the only whodunnit to release this fall, as Rian Johnson’s Knives Out sequel, Glass Onion: A Knives Out Mystery, is also slated to debut on Netflix around the same time. However, with an equally eye-catching cast and a unique setting, See How They Run promises to stand out from the recent murder mystery films in the same vein. Audiences can solve the intriguing new puzzle when See How They Run drops on the big screen on September 30.

Next: What Happens To Jo March After Little Women’s Ending

The trailer has been released for the Julia Roberts and George Clooney-led romantic comedy “Ticket to Paradise” which opens in cinemas on October 21st.

The pair play a divorced couple who come back together for a Bali excursion in hopes of stopping their lovestruck daughter (Kaitlyn Dever) from making the same mistake they think they made 25 years ago by marrying someone she just met and throwing her career away.