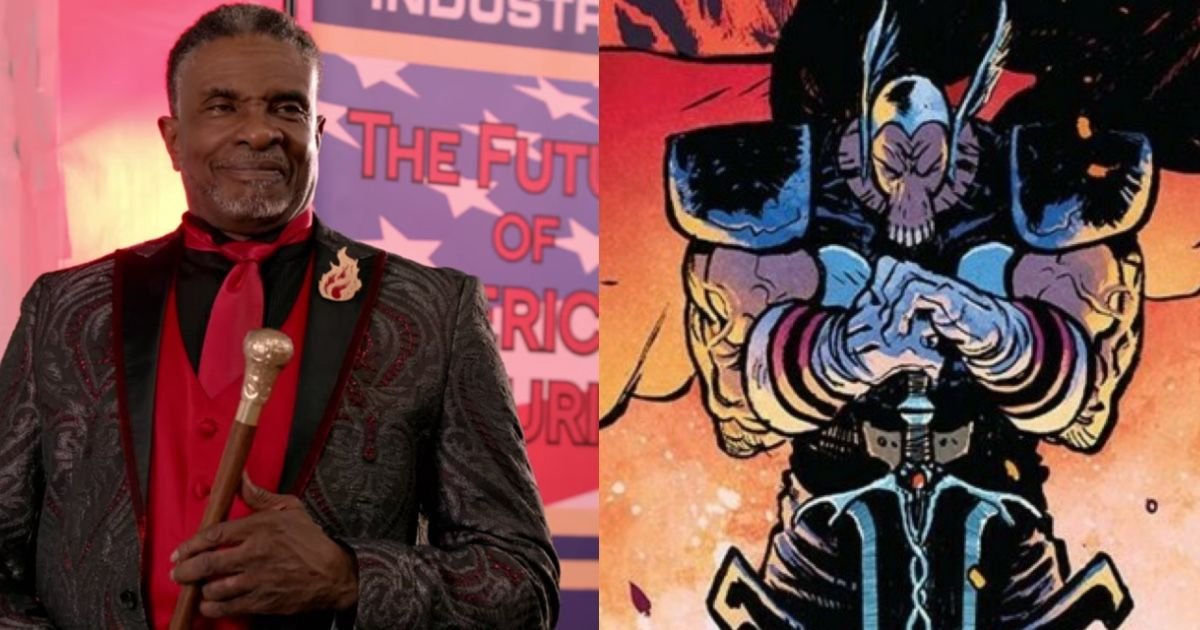 Could Keith David be the perfect casting choice for the character of Beta Ray Bill in the Marvel Cinematic Universe? There’s a legitimate possibility that there’s no voice actor in the multiverse who would be a better choice (other than other versions of Keith David, of course). And best of all, David has already made it clear that he’d be willing to appear in the role.

In a Tweet sent on Wednesday, April 20th, 2022, journalist Chris Lovingood tagged David and asked if he would be willing to voice the computer-generated character should Marvel Studios cast him in the role. “In a NY minute!” David enthusiastically replied.

Beta Ray Bill is an extraterrestrial who is most closely associated with the Marvel Comics Thor stories. He first appeared in November 1983 in the panels of The Mighty Thor #337 by Walter Simonson, Sal Buscema, John Workman, and Max Scheele. A member of the Korbinite species, Beta Ray Bill has a decidedly alien appearance and one that frequently receives equine comparisons. However, despite what some may consider a somewhat monstrous appearance, Beta Ray Bill is worthy: he’s capable of lifting the legendary hammer, Mjölnir, and thereby becoming imbued with all the powers of Thor (just like Jane Foster).

Technically, we’ve already seen Beta Ray Bill in the MCU… or at least, a statue that seems to depict him (or at the very least, another member of the Korbinite species). In 2017’s Thor: Ragnarok, starring Chris Hemsworth as the eponymous god of hammers, Mark Ruffalo as Hulk, Jeff Goldblum as Grandmaster, and director Taika Waititi as Korg, Grandmaster Palace on Sakaar was decorated with enormous sculptures depicting contenders in the Contest of Champions: these included what appeared to be Man-Thing, Bi-Beast, and Ares, as well as Beta Ray Bill.

Related: Underrated Marvel Characters That Should Get a Chance in the MCU

If Marvel Studios does elect to go the CGI character route with Beta Ray Bill, as they have with other fantastic extraterrestrial entities like Groot (Vin Diesel) and Rocket the Not-Raccoon (Bradley Cooper), then David will already have an incredibly worthy resume to submit for the job. For one thing, he’s been awarded an Emmy for his voice-over work, which includes many documentaries (including several by Ken Burns), video games, and large and small screen animated projects.

Plus, not only does he have a recurring role voice acting role on the ongoing Rick and Morty as the President of the United States of America, but he also appeared in the second season episode “Total Rickall” as “Reverse Giraffe,” a character who is a sort of look a like of Beta Ray Bill.

And if you’re not convinced that the Rick and Morty multiverse is just next-door to the MCU, consider this: for the past forty days, a new Rick and Morty toy has shown up on the desk of James Gunn, who is currently in the process of directing Guardians of the Galaxy: Vol. 3, which will include Hemsworth’s Odinson among its cast… in other words, prime narrative territory for an appearance by Beta Ray Bill.

7 Animated Movies That Actually Scared Us As Kids, From ‘Coraline’ to ‘Watership Down’ 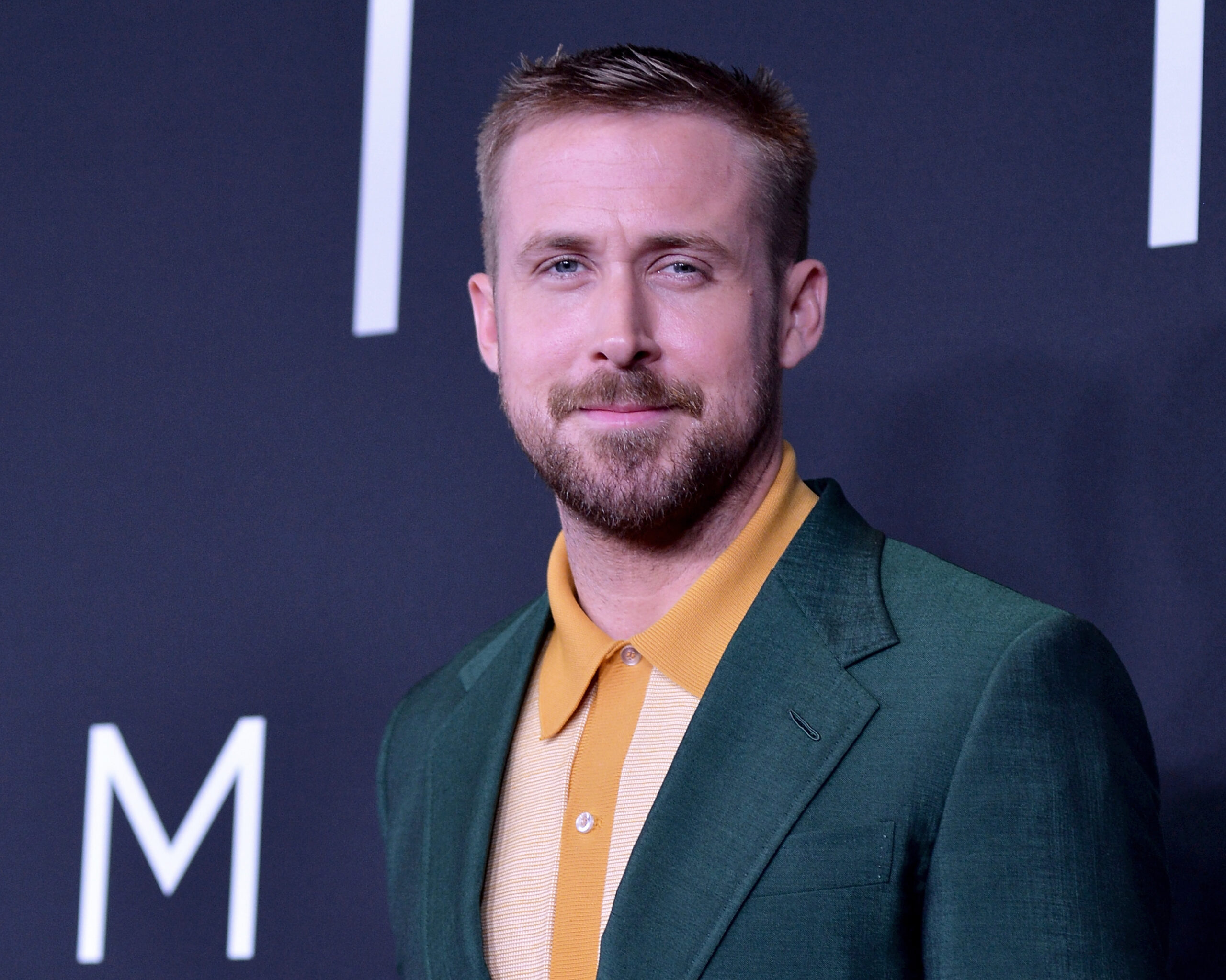 Warner Bros. is bringing the fantastically plastic world of Barbie to life in the upcoming summer hit of 2023, Barbie. The film stars Margot Robbie as the titular character alongside Ryan Gosling as her handsome counterpart, Ken.

The pair are donning the latter when a passerby sees Barbie at the beach and makes the instantly-regrettable decision to grope her.

The instant regret comes for the stranger as Barbie turns around to knock him out, and instead of jumping at her rescue, we hear Gosling’s Ken react in a tragic and totally fitting way. He simply screams — and it’s a theatrical one.

The scream is so iconic that it quickly became a topic of conversation on social media.

After the scream, Barbie and Ken hold onto each other while trembling at the lack of concern and personal space — and because, let’s face it, Barbie just punched a guy in the face!

Fans are reacting to the moment exactly as you’d hope — some of them are worried about Gosling’s throat after that.

Did Gosling study for this exact moment? It appears so!

This fan says that dedicated fans have heard Gosling’s iconic scream before, and he’s continuing to share its greatness with all of us.

Fans are confused that the clip is showing up in the horror tag, but it makes sense — Scream is often related to the Ghostface killer. Speaking of Ghostface and Gosling, can we get the man in the next Scream movie, even as a cameo?

You’ll have to wait for a little over a year to see Gosling and Robbie as Ken and Barbie, but it’ll be worth it — especially if we get more moments like this one. Barbie hits theaters on July 21, 2023.

“I May Destroy You” star/creator Michaela Coel along with “The Batman” alums John Turturro and Paul Dano are all joining the “Mr. and Mrs. Smith” TV series at Amazon Prime.

The series is based on Doug Liman’s 2005 feature of the same name starring Brad Pitt and Angelina Jolie. In that film, the pair played a married couple that discovers each is leading a double life as an assassin after they’re contracted to take each other out.

Donald Glover and Maya Erskine will star in the title roles in the series version with the just-announced three to guest star. “PEN15” co-creator/star Erskine replaced “Fleabag” creator/star Phoebe Waller-Bridge who was originally set to star alongside her “Solo” co-star Glover.

Meanwhile, a handy joystick navigates an excellent on-screen display – it’s fast, well organized, and clearly displays key information and the impact to expect when you change different settings. The MSI’s final big feature is its most surprising – a KVM switch. These are usually found on business screens, and allow users to control two devices with one set of peripherals – handy for switching between a PC and laptop.

There are good gaming credentials, too. The MSI’s 32in IPS screen has a 165Hz default refresh rate that overclocks to 175Hz and it supports FreeSync and G-Sync. Its 2,560 x 1,440 resolution is good for mainstream gaming too, but it’s not particularly crisp on a 32in screen – you can easily see the pixels if you look closely.

Build quality is middling as well. Its plastic rear feels weak, it’s not a tool-free build, and the monitor is heavy. LG’s rival UltraGear 32GP850 packs a punch against it too – it has the same core specification as the MSI alongside a 180Hz overclocked refresh rate, a sturdier, more mature design, and a cheaper $399/£349 price.

The MSI pairs its adaptable design with bold colors, though. This screen rendered 99 percent of the sRGB gamut with a monster 167.4 percent volume, and the default contrast ratio of 1,127:1 is good. Those figures mean colors are delivered with huge vibrancy and decent depth.

There’s no clear ghosting or inverse ghosting when the panel runs at its default 165Hz refresh rate, and there’s hardly any halo around objects either. While this screen doesn’t have the speed to sate high-end esports players, it’s fast enough to tackle mainstream esports and single-player games. Moving to 175Hz only has a tiny impact, and we’d avoid the MPRT Sync option – it creates ghosting and darkens the display.

The MSI is a bit ordinary in some other areas, however. Its delta E of 4.14 is mediocre, and the color temperature of 6,143K is on the warm side. The peak brightness of 600cd/m² and lack of high-end dimming means this screen isn’t good enough for HDR gaming, either.