FF7 Rebirth has a lot of foreshadowing, and some of those hints are setting up Square Enix to skip one of the most iconic scenes from FF7.

Final Fantasy 7 Remake showed that Square Enix isn’t afraid to make big changes to a classic story, and it seems that it will continue to make changes with Final Fantasy 7 Rebirth. In fact, the trend of changes that have been made in FF7 Remake‘s story are setting up FF7 Rebirth to skip one of the most iconic moments of the original game because it isn’t going to be needed for the story’s progression or conclusion.

FF7 Rebirth is the second part of the remake of the original game, and it’s set to release in Winter 2023. The story will likely pick up right when the previous game ends with the characters having just decided to defy Destiny and rewrite the future. Anything can happen in the new timeline, and players will get to experience more changes in the new FF7 timeline with Crisis Core Reunion being in the same universe – and possibly leading into FF7 Rebirth.

When players think of FF7, they often think of Aerith’s death, which came as a shock when the game was new, quickly becoming one of the most memorable moments of the original game. Therefore, players might be split in their opinions about FF7 Rebirth setting up the story in a way that Aerith’s death isn’t necessary to save the planet in this new timeline. Since Sephiroth seems to have knowledge of the original timeline, he knows that killing Aerith will either hinder his plans or it will simply not have enough of an affect for him to go out of his way to kill her.

Aerith Will Live To See The End Of Final Fantasy Remake

FF7 Remake part 3 is in development, and the story (so far) is set up for Aerith to still be alive. She dies in FF7 because Sephiroth wants to destroy the world, and he tries to stop her from praying for Holy, even if he ends up being too late to do so. Her death is also what allows her to help protect the planet from Meteor by using that power of the Lifestream from within it, which would give him a reason to keep her alive. In the FF7 Rebirth trailer, it seems that Sephiroth is more interested in ruling the planet than destroying it.  If that’s true, then there’s no motive for him to kill Aerith. In both scenarios, Aerith’s odds of survival seem pretty good in this timeline.

Rather than dying, Aerith’s survival could become a FF7 Remake spoiler since it’s such an unexpected turn of events for players going into the game with knowledge of the original FF7. It’s a bold move from Square Enix to set up FF7 Rebirth to skip such an iconic moment, but it also adds plenty of interest and mystery in regards to what the consequences will be for Aerith surviving in the new timeline. It could indicate that Tifa will end up dying instead, as Cloud’s visions of her being killed are mentioned in the Final Fantasy 7 Rebirth trailer.

Next: Best Versions Of Final Fantasy 7, Ranked Worst To Best

The trailer has been released for the Julia Roberts and George Clooney-led romantic comedy “Ticket to Paradise” which opens in cinemas on October 21st.

The pair play a divorced couple who come back together for a Bali excursion in hopes of stopping their lovestruck daughter (Kaitlyn Dever) from making the same mistake they think they made 25 years ago by marrying someone she just met and throwing her career away. 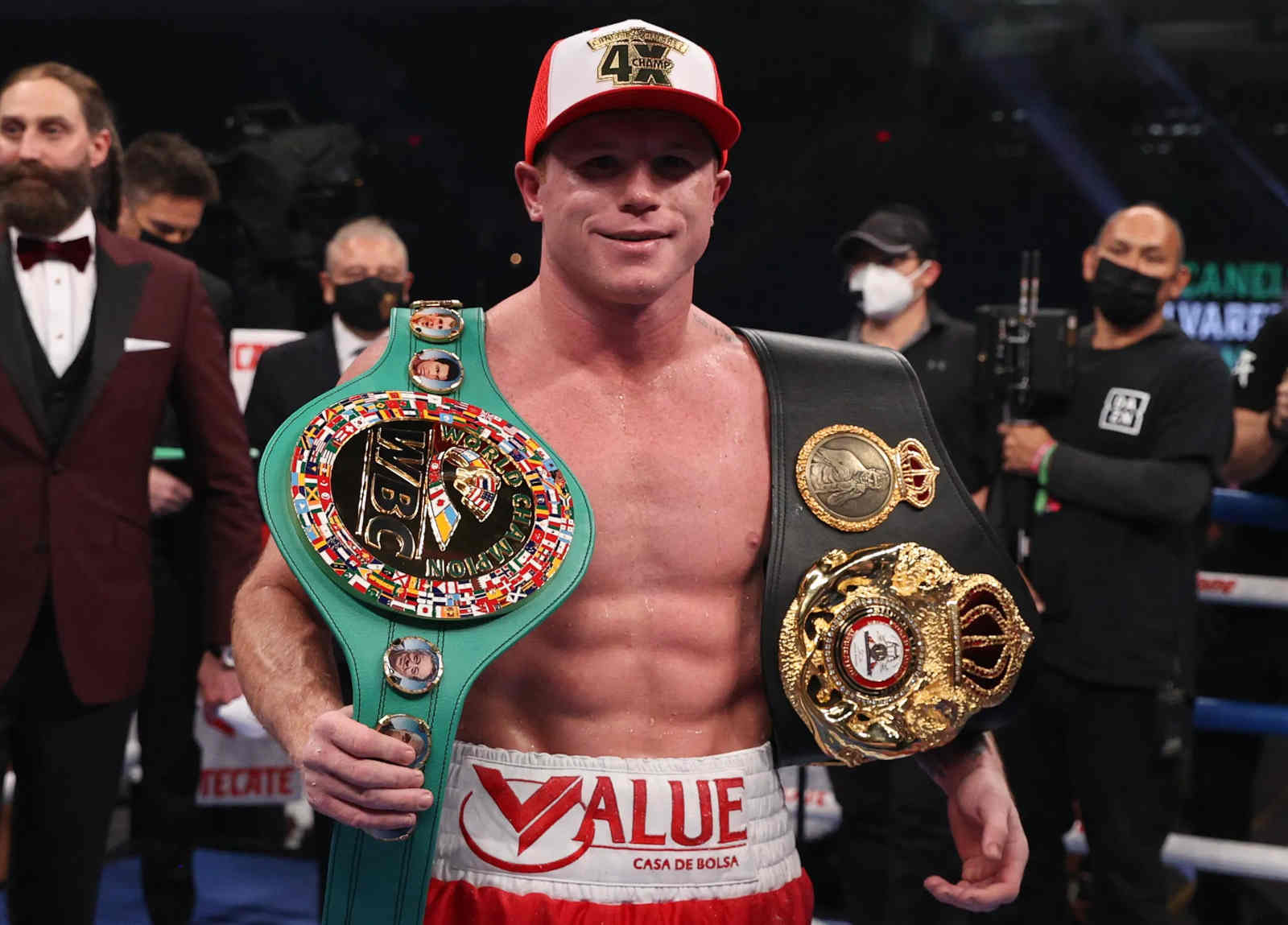 Canelo Alvarez will finally meet Gennady Golovkin after a long wait. September 17th is the date. It is not known where exactly the brawl took place. DAZN will have the official broadcast for Canelo vs GGG 3 live online streaming for the big fight.

In 2005, Canelo made his professional debut. Canelo has faced many dangerous opponents, including Shane Mosley and Josesito Lopez. Canelo is now 15-1 in 16 matches since his defeat to Floyd Mayweather 2013. Canelo has unified the super-middleweight division in just eleven months. He fought Caleb Plant, the IBF super-middleweight champion.

Canelo won his second defense of the light heavyweight title in May. Dmitry Bivol won a unanimous decision over Canelo.

Golovkin made it professional in 2006 when he was a teenager. In 2010, he was the WBA and IBO Middleweight Champion. The middleweight champion had defeated Kell Brook, David Lemieux and Daniel Jacobs before meeting Canelo.

Golovkin won four fights in succession since the start of 2019. He won the IBF middleweight and IBO belts after beating Sergiy Derevyanchenko. Golovkin faced Ryota Murata in April for their first fight in more than two years. He won the WBA (Super Middleweight) title via technical knockout in the ninth round.

2017 was a split year for Canelo & Golovkin. The bout must be rescheduled for 2018, as Alvarez was positive for Clenbuterol. Canelo won the fight by a wide margin. Canelo agreed to fight Bivol and Golovkin in DAZN and Matchroom.

When is Canelo Alvarez vs. Gennadiy Golovkin 3?

Canelo vs Golovkin will be matched on September 17. Date and time of the event are not known. We will keep you informed about any changes.

Where is Canelo Alvarez vs. Gennadiy Golovkin 3?

Officials have yet to announce the site.

It is still unknown where Canelo will be playing against GGG 3. Sports Illustrated will keep you informed about the latest developments in this case. Both fights were held at Las Vegas’ T-Mobile Arena.

The event’s ticket price has not been revealed. Sports Illustrated will keep you informed about the latest developments.

Canelo is a favorite of -390 (per OddsCheck in the FanDuel Sportsbook), which means that a $390 wager on Golovkin will yield $100. (the underdog).

DAZN will broadcast the third fight between Gennady and Canelo Alvarez on September 17. Soon, the location and ticket information for the long-awaited fight will be revealed.
The third Canelo/Golovkin fight will air live in Australia and the United Kingdom on September 18.

Five years ago, Canelo and Golovkin met in Las Vegas. GGG won his WBC, WBA and IBF middleweight titles after 12 rounds. The 160-pound championship was won by the Mexican star, who easily defeated the Kazakh champion.

Eddie Hearn has called the three-bout series between Canelo, GGG and GGG “the greatest fight in boxing history”. These angry opponents attempt to take out each other in the series.

In an epic duel between two champions, the beginning bell will be rung. The fireworks will go off until the last bell.

Soon, the undercard fights for Canelo and GGG 3 are going to be announced.

Hey Wildcats! New-season trailer just dropped, and a new face will appear in Disney’s High School Musical: The Musical: The Series: none other than the great Jojo Siwa. The two-minute-long trailer shows a new location and some familiar faces whilst also introducing some big names to the show.

Now back for a third season, the East High Wildcats are now shifting their endeavors to Camp Shallow Lake in California. The Wildcats will be now facing the new challenge of making an entire production of Frozen and facing off their competition at the Summer Camp of their dreams. Promising everyone a summer filled with curfew-less nights, passionate summer romances, and a tech-free zone, the new trailer promises a fabulously exciting third season of the best High School Musical homage series out there.

Although more information about Jojo’s role is still unbeknownst to the audience, the dancer and actress will be joining the cast alongside the familiar faces from previous seasons, including Olivia Rodrigo, Joshua Basset, Matt Cornett, Larry Saperstein, Sofia Wylie, and Julia Lester. Joining the cast are also High School Musical’s Corbin Bleu alongside Modern Family and Tony-award winner Jesse Tyler Ferguson, likely in mentor roles.

Even though no new information has been leaked regarding Jojo’s new role in High School Musical: The Musical: The Series, everyone can expect the actress’ hypnotizing presence to gather a handful of Wildcats around her during the show’s premiere on July 27.