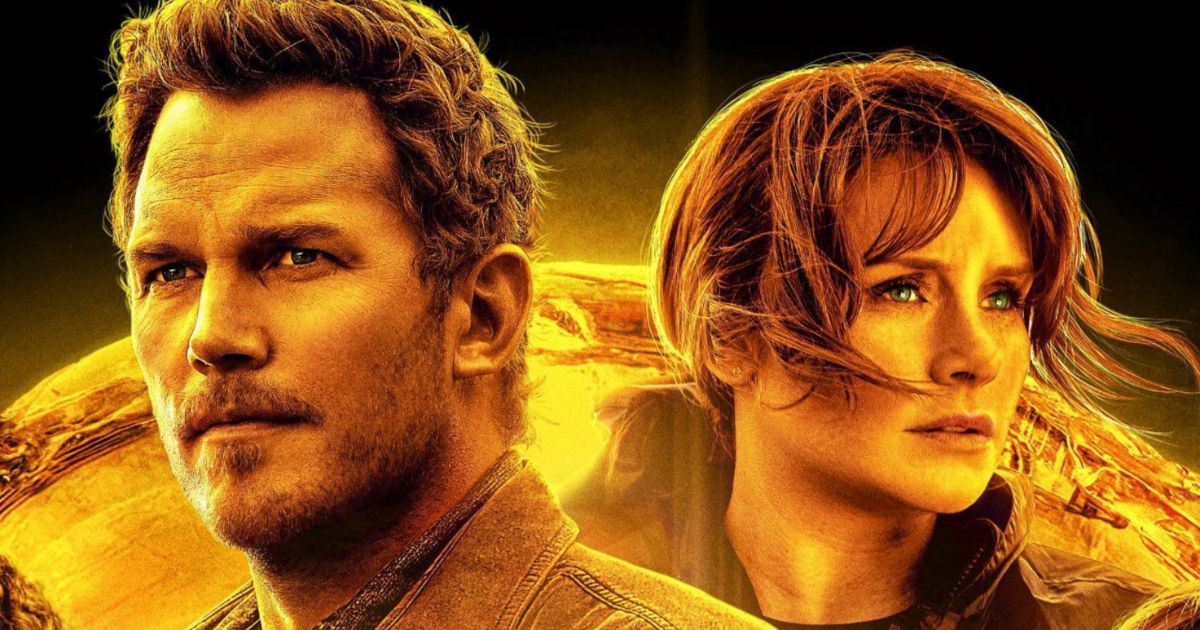 One month after the release of Jurassic World Dominion in theaters, star Chris Pratt is reminiscing on the journey he’s traveled through the past three movies with co-star Bryce Dallas Howard. Taking to Twitter, Pratt shared a pair of images of himself alongside Howard, looking back at nearly a decade spent bringing the dinosaur-centric series to life. The actor clearly has enjoyed his time spent working with Howard and wouldn’t have had it any other way than for her to be his co-star.

“It’s been 1 month since Jurassic World Dominion hit theaters and I can’t help but think about my partner through it all,” Pratt said. “You’ve been by my side through this crazy ride for over 8 years and I wouldn’t have it any other way. 8 extraordinary years. 3 fantastic films.”

In a follow-up tweet, he added, “It’s been such an honor sharing this journey with you.”

Last month, Howard has also reflected on her Jurassic World journey with a post on Instagram honoring Pratt for his birthday. She included a pair of photos and wrote a tribute post for Pratt.

“Over the last three movies and eight years together, we’ve become like family and that alone is a reason to celebrate,” Howard said. “I remember celebrating your 35th birthday in New Orleans near the end of filming the first movie and it is remarkable how much has changed in all that time — but not you my friend. You were the same then as you are now: a big fella with a heart of gold and sh*t-ton of talent, work-ethic, smarts, humility, and above all FAITH. You are a heck of a family man, a stellar friend, and the ultimate teammate. I have loved being in the Jurassic trenches with you, Chris.”

She added, “You are sincerely one of the most thoughtful, kind-hearted, resilient, ethical, compassionate, brilliant, creative, sensitive, and open-minded human beings I’ve ever had the pleasure of encountering. You are the shot of adrenaline, optimism, and side-stitching humor I now miss whenever we aren’t in the same room. Thanks for all the laughs, deep lunges, pep-talks, and team spirit — Chris Pratt, I adore you. You are one of the greats.”

Related: Jurassic Park: Has the Dino-Centric Franchise Ran Its Course?

Chris Pratt has previously explained how Jurassic World Dominion was developed as the conclusion of the story that started with Jurassic Park. In June, Pratt said on the Today Show that the movie would be the “end of the franchise,” suggesting that he wouldn’t be returning as Owen for any new movies. Concluding the story, as suggested by Pratt, was why it was important to bring back the legacy stars from Jurassic Park.

“It’s 30 years in the making,” Pratt said. “This is the sixth Jurassic Park film and the end of the franchise. You’ve got the legacy cast coming back, Sam Neill, Laura Dern, Jeff Goldblum, plus the cast of Jurassic World. Our storylines converge in a way that is very much a finale.”

Be that as it may, the high box office profits earned by the film may have Universal pushing for more movies. It’s always possible that a new film would be developed in the Jurassic World universe, but perhaps with different characters with an all-new storyline. For now, Jurassic World Dominion is playing in theaters.